£9.99
SKU
PR00011
A unique collection of childhood memories from across the decades. Compiled by Gervase Phinn
Skip to the end of the images gallery 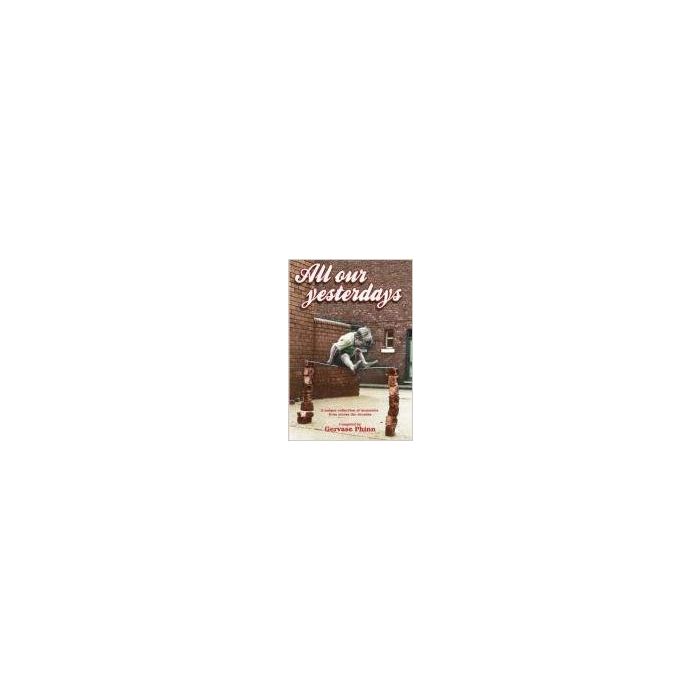 Skip to the beginning of the images gallery
Details
A unique collection of childhood memories from across the decades. Compiled by Gervase Phinn Childhood is a magical time, when every experience is new and fresh, and the world is awash with wonder and amazing adventures. From earliest memories of infancy and growing up, through the powerful influence of family ties, first friends (and first kiss!), schooldays and holidays, to the first steps into the adult world, those early years shaped who we are and what we became. Who better to bring together a fascinating collection of people’s first-hand accounts than Gervase Phinn, former teacher and school inspector and now bestselling author? "Fish and chips made us what we are; overweight slobs. It was school dinners and works canteen, the ‘chip oil’ our reunion, and fish and chips at home our parliament. In generous moments we even bought them for girls — cakes you understand, not fish — but if you didn’t click at the New Vic or Saltaire (as I didn’t), a packet of fish and chips on the way home was the consolation prize, and hotter than the girls." Austin Mitchell MP "The railway came but the people in Whitby didn’t go. What would they go for? There was nowhere to go." Mary Jane Dryden "The pièce-de-résistance was my father’s bicycle, on which he had cycled some hundreds of miles with my mother. It had a fixed wheel, a naked chain, a lamp and tool bag by way of accessories. Every spring my father re-enamelled it, cleaned the handlebars, and contemplated selling it. Always it returned to its place against the wall. Its memories were too precious." E M J Reid "Dad would bring the bathtub up on a Friday night and I had a bath in front of the fire. Friday night was also when the insurance man called. If he came while I was in the bath, Dad would push the tub, with me still in it, under the table and pull the cloth down. The insurance man would then be allowed into the house and only when he left would I be pulled out from under the table." Patricia Cluderay "Goose grease was fatty, evil-smelling and rubbed into the skin, which glistened under the friction. It was reckoned to be a cure for ailments ranging from pneumonia, consumption, aching backs, rheumatism, pessimism and even Communism." John Morgan "I remember a crowd of flat-capped working men behind a haze of Woodbine smoke at the town football ground in the 1950s. Protectively, Grandfather Tom used to usher us to the touchline so that we could clearly see the match. Somehow, this made me feel important." George Sweeting "On my first day at the new school, when I got in the classroom, the headmistress was sitting at her desk reading a daily newspaper. 'Well children, what’s going to win today?' she asks. I’d no idea what she was on about until one boy told her which horse he thought was a winner." Norene Walbridge "School was almost two miles from my father’s house, a great way for a little fat short-legged lad (as I was) to travel twice a day." Adam Martindale, 1630 "Think what you would have been now, if instead of being fed with Tales and Old Wives’ Fables in childhood, you had been crammed with Geography and Natural History? Damn them. I mean the cursed Barbauld Crew, those Blights and Blasts of all that is Human in man and child." Charles Lamb, letter to Coleridge, 1802 "I was popular with my teachers — on Saturdays and Sundays." Eric Morecambe "A friend who was put to work on the Burma railway once told me that he was greeted, on arrival, by a fellow prisoner-of-war who said: 'Cheer up. It’s not half as bad as Marlborough'." John Mortimer "There were games of conkers, marbles under the tree in the schoolyard, and ladybird and grasshopper races." John Iveson "Boys from the schools bring fighting cocks to their master, and the whole forenoon is given up to boyish sport; for they have a holiday in the schools that they may watch their cocks do battle." William FitzStephen, describing twelfth-century London "I felt completely at home the first time I went on stage, at the age of twelve. It’s my job and it’s where I look forward to being." Patrick Stewart Good Parents (Parody in answer to Philip Larkin) They tuck you in, good parents do, They kiss your cheek and hold you tight, They fill your world with gentle dreams And pray you’ll have a peaceful night. For they were tucked in, in their turn By mums and dads who loved them so, And by such loving quickly learnt To love their children as they grow. Good parents hand such happiness on, It’s endless like the sky above, So learn this lesson parents do, And teach your children how to love.
More Information
© 2021 Dalesman. All Rights Reserved.